2 replies to this topic

On Saturday 17th November 2018 I'm going to be premiering my documentary 'A Scotsman Abroad 2', which is a live action documentary much like my first one where I hang out in person with BenTuttle90 and get up to all sorts of shenanigans... I would like to invite all of you to join me on what promises to be a fun afternoon/night of entertainment for all (well, maybe not for Ken but I think he likes being miserable). I'm aware I've left it a bit late to post about this on here but ah well, better late than never

The order of events will be as follows:

For anyone who doesn't know, 'A Scotsman Abroad' was the original documentary I made in 2016 when I travelled to the USA to meet Benjamin Tuttle for the first time in person. We had a lot of fun over the five day visit and I captured it all on video. We've decided to show it live once again for those who didn't get an opportunity to see the first premiere, as it provides a nice setup for the main event...

This is the main event. Filmed during my last visit to the USA in August 2017, this documentary features a whole new adventure as Ben and I check out some new stuff in Minnesota before travelling to Chicago for a first in-person meetup with Joe Harp, otherwise known as Joster285. This film was a hell of a lot of fun to make and took a lot of hard work to bring to fruition so I hope it was worth it!

Finally, as we did for the premiere of the first film, we'll finish off the night with some discussion about the film and the experience of making it with myself and Ben. We will also be talking to Joe Harp (joster285) about his experience of meeting us for the first time and David F Porteous (dfpiii) regarding a special project which we will be revealing more about on the night...


All of the action will be taking place on the TMUnderground channel on YouTube - https://www.youtube.com/channel/UCFWOYD_pPhK-VNoRWS7zjXA

I hope everyone can join us for what is sure to be a fun-filled event for the filmic collective. Until then! 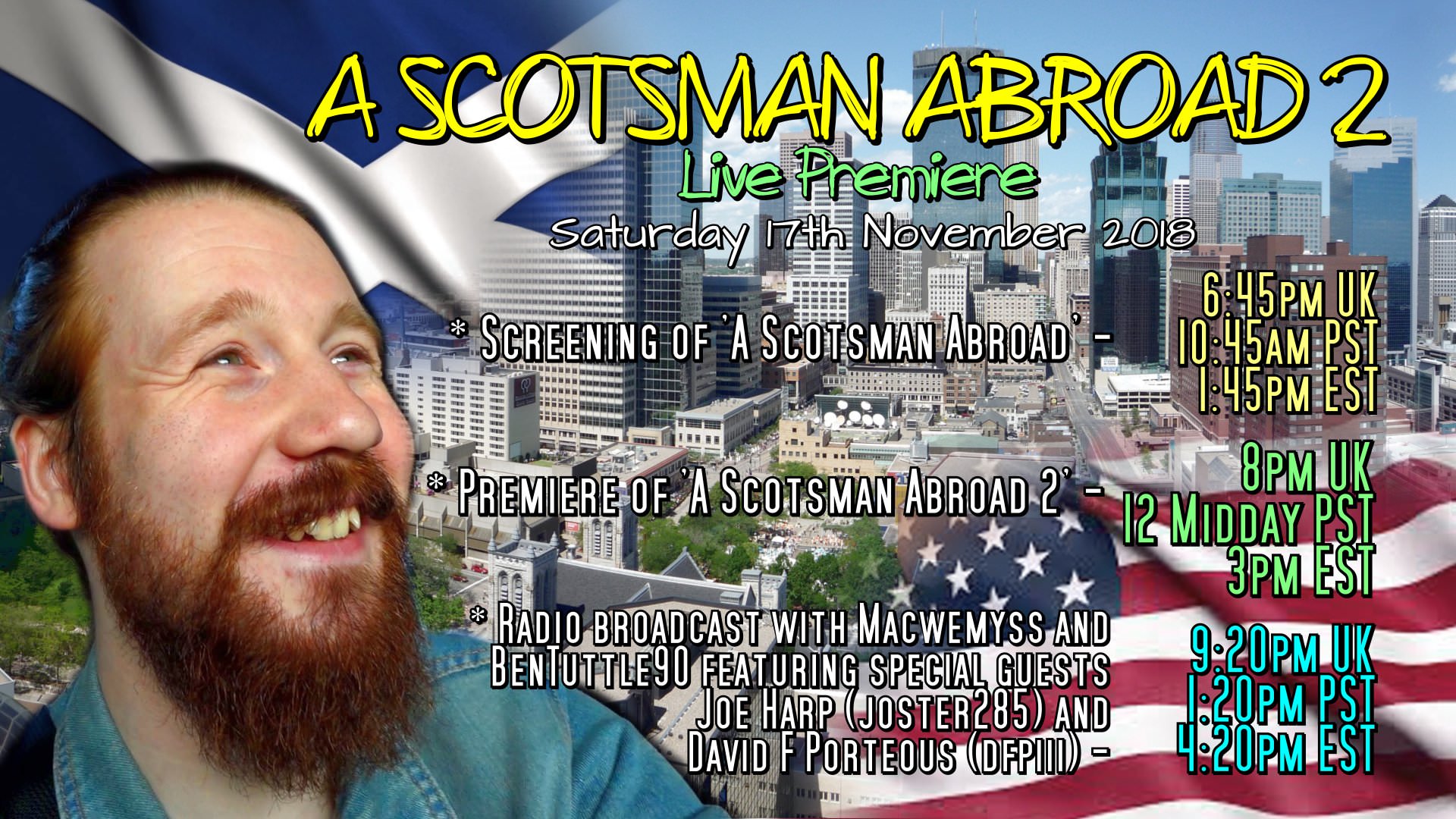 The livestream has started! Follow the link to join us -

A Scotsman Abroad 2 has just begun!